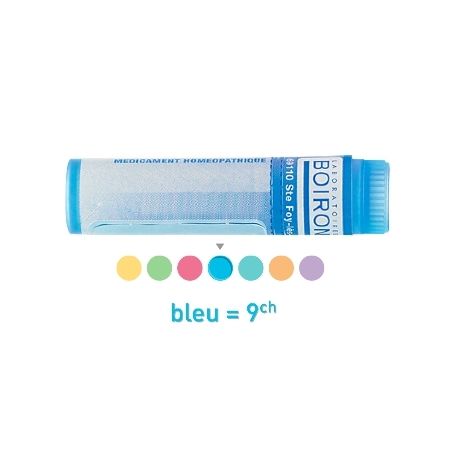 The Ammonium muriaticum is a homeopathic remedy consisting mainly of ammonium chloride in the form of white crystalline powder or colorless crystals and inodores.L'ammonium would be a very effective expectorant by helping the body to reject secretions or residues from airway.

Properties:
The Ammonium muriaticum is a homeopathic remedy consisting mainly of ammonium chloride in the form of white crystalline powder or colorless and odorless crystals.

The Ammonium muriaticum in gastroenterology:
The homeopathic remedy Ammonium Muriaticum also can treat flatulence and belching. Gastric disorders are usually accompanied by a violent crisis hiccups, nausea or that can be soothed when taking the drug.
Ammonium Muriaticum is effective to treat colic and thus alleviate spasmodic pain felt in the stomach.
Ammonium muriaticum also suitable to treat dysfunction of the gastrointestinal tract at the level of the intestinal duct, causing constipation.
The remedy does so as a laxative and helps accelerate intestinal transit and to address the stool hard and crumbling. It is a homeopathic remedy which has side effects similar to those produced by an allopathic laxative.

It can also be used to tension or accumulated pain in the knee of the hollow and in the thigh. Ammonium Muriaticum is also effective against pain in the arms, preventing the individual to bend or withstand significant pressure. But the remedy is essentially prescribed in cases of back pain, including those caused by a disease of the sciatic nerve.

Dosage:
The dosage indicated for rhinitis:

Ammonium Muriaticum 5 Ch at 5 per dose is prescribed in case of significant nasal discharge linked to a congestion problem in the mucous membranes of the nose. Plugs are renewed every hour and gradually space following the improvement of the state. In case of high flow nasal obstruction accompanied in children, it is advisable to take Ammonium Muriaticum in Ch 7, at 5 globules morning, afternoon, evening.

The dosage indicated to treat rheumatic disease:
In case of back pain, inflammation or disorders in the joints, take 3 globules Ammonium Muriaticum in Ch 7, with three doses per day.
For sciatica, if symptoms worsen while sitting, it is recommended to take Ammonium Muriaticum in 9 Floor 3 globules morning, noon and night.
It is also possible to opt for Ammonium muriaticum 5 Ch for a dose of 5 cells, twice per day.
It is advised to start treatment as soon as the first symptoms appear and continue for a month.

Other information:
To treat flatulence and belching and constipation and when stools are very hard, it is recommended to take Ammonium Muriaticum 5 Ch. Take 4 per dose, at 2 a day.

Directions for use and instructions

Remove the tab, flip the tube and gently pull the cap.
Place all of the dose under the tongue.

It is advisable not to touch the fingers homeopathic globules.

The globules doses tubes are absorbed all at once and allowed to slowly dissolve under the tongue. Without dose, take 10 globules in the same dilution.
Do not swallow the astringent substances in the half hour before taking homeopathic medicines such as coffee, tobacco, camphor, mint and chamomile.

Keep homeopathic medicines away from light, heat, moisture and any source of emanation and perfumes.

For alcoholic drops or globules dissolve in 100 ml of water. The globules are very slow to dissolve, it is necessary to prepare in advance your mix.

Homeopathic medicines have no chemical toxicity or against indication or interaction with other drugs, nor adverse reaction to the amount of product ingérée.Les pregnant women can heal without known risk for them and their future child but it is best to seek advice.

Frequency of use of homeopathy

What to do if there is no improvement within 24 hours