Arkocaps Ginkgo Arkopharma in capsules is a dietary supplement that encourages memory and concentration . Available in boxes of 45 or 150 capsules.

Ginkgo is the oldest tree species in the world (more than 200 million years), the only one that has survived climatic and geological changes. It is since the 50s that the medicinal properties of Ginkgo leaves have been discovered, part used in herbal medicine . Arkopharma Arkocaps Ginkgo Bio is a food supplement based on ginkgo leaf, which helps improve memory and promote concentration.

Thanks to the action of all these molecules, they favor the dilation of the blood vessels (arteries, veins and capillaries), thus increasing the micro-circulation and the viscoelasticity of the blood.

Blood circulation in the brain is increased, which generates better oxygenation and a better supply of essential nutritional elements of the brain contributing to a positive effect on memory and learning faculties.

Take 1 capsule morning, noon and evening during meals with a large glass of water.

What are the side effects and contraindications?

Internal use. Respect the dosage. Store in a clean, dry place away from heat, light and moisture. Always keep out of reach of children. Pregnant and breastfeeding women seek advice from a healthcare professional.

When to consult a doctor in case of memory or concentration problems?

If the memory or concentration disorders occur suddenly or if they are associated with other neurological symptoms: language disorders, visual disorders, balance disorders, and disorders of consciousness then this requires a medical consultation. emergency.

A non-emergency consultation with the doctor is to be expected if memory problems or concentration problems are repeated very regularly or if their frequency increases and if memory loss prevents you from performing daily tasks: dress, cook...

If the memory or concentration disorders are spaced out over time and are not accompanied by any other symptoms, then it is not necessary to consult your doctor because the frequency of the disorders increases with age and this is completely normal.

Arkocaps Ginkgo Arkopharma comes in the form of a box containing 150 capsules. 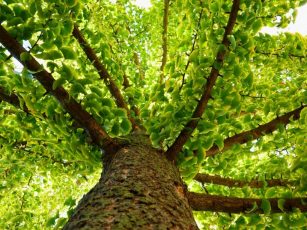 Ginkgo, a primitive viviparous tree of the Mesozoic

The oldest medicinal plants in the vegetable kingdom are, as Darwin said , a veritable « living fossil ». Ginkgo is part of a plant group that developed in the Carboniferous, during the heyday of giant horsetails, 200 to 250 million years ago. Among other things, this tree has the advantage of being able to age for millennia . If we generally agree that 4000 years is a respectable age for a ginkgo. A little history A botanical curiosity , Ginkgo produces no flower, fruit or seed. What is considered to be the fruit of the ginkgo is nothing but a huge egg cell. In addition, like an oviparous animal, the ginkgo lays eggs! It is therefore distinguished from viviparous plants on this point. No...