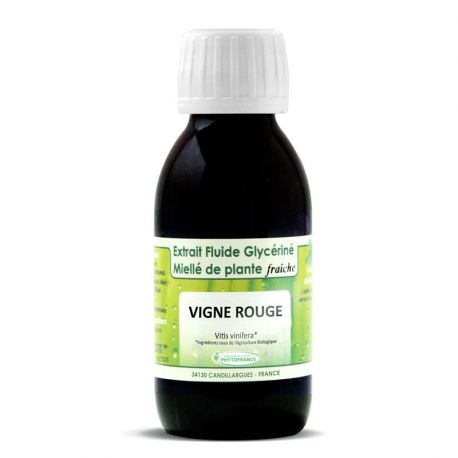 Food supplement based on fluid extract of Red Vine (Standardized and stabilized) Alcohol-free
EFG are fluid extracts, produced from selected plants whose origin is traced.
They are obtained according to a patented process that respects the integrity of the plant. These extracts are standardized and ensure a constant and stable content of active ingredients.

Duration of the supplementation: 9 to 18 days. To renew according to needs.
To be taken outside of meals, to be diluted in a large glass of water, or a fruit juice.
Precautions for EFG PhytoFrance Red Vine

Historical
The Latin name of the red vine, Vitis vinifera, comes from the words "vierre" which means "to bind" because of the tendrils of its stems and "vinifera", "which produces wine". The red vine, native to Asia Minor is present in the whole Mediterranean area since the 8th century BC. It is found today in a large number of countries and on all continents. 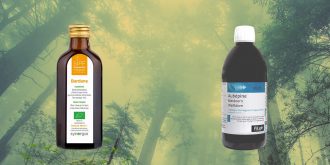 An alternative approach in epilepsy

Nervous system disorders and epilepsy Still called “mal comitial” or “comitialité”, epilepsy is a very common neurological disorder which affects approximately 50 million people worldwide. It is the second neurological pathology in France after Alzheimer’s disease. There is not an epilepsy , but many forms, with very diverse manifestations, depending on the area of ​​the brain concerned. Epileptic seizures are caused by excessive discharges of brain neurons. Seizures qualified as “petit mal” mainly affect young children and the elderly and are essentially not manifested by absences of relatively short duration (a few seconds). When this disease affects children, it disappears in 6...