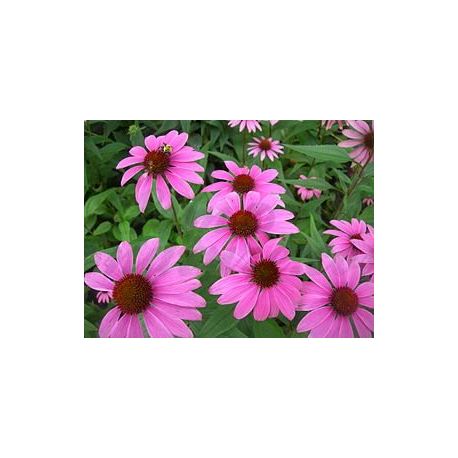 Role in the prophylaxis and therapy of influenza infections and septic infections.
Immuno-stimulant plant recognized

Botanical name: Echinacea angustifolia (L.) MOENCH.
Family: Asteraceae
Parts used: Roots
Habitat and origin: all species of coneflowers are native to North America. Three of them have the same medicinal value. Natural stands of Echinacea were mainly colonized the American Great Plains without crossing the Canadian border to the north, or reach the Mexican border in the south. Today, they are cultivated in all temperate climates, in sunny places where the soil is rich and well drained.

This plant is extensively studied and used for its antiviral and immune stimulating properties, proven through numerous clinical trials:
- It prevents microbial germs to attack the connective tissue and limits their growth;
- It stimulates the activity of macrophages (increased phagocytosis of granulocytes and macrophages by alcoholic root extracts);
- It increases the number of white blood cells and especially lymphocytes, increases the proliferation of spleen cells, the production of IgM, induces the formation of cytokines (TNF alpha, interleukin 1 and 6) and that of alpha interferon and beta.

- Prophylaxis and therapy of influenza infections and septic infections
- Immuno-stimulating: acts both prevention (bacterial infections, influenza, herpes, cystitis, candidiasis, etc. ...) that potentiates the healing where it other therapeutic
Pour boiling water over 1/2 teaspoon of root and filter after 10 min. Drink several times per day, preferably between meals a brewing cup as hot as possible.
Side Effects

No side effects reported to date.

Native Americans who lived in the American Great Plains to the east of the Rockies have used various species of Echinacea to treat a variety of health problems, including respiratory infections and snakebites. During archaeological excavations at sites formerly used by the Lakota Sioux, it was discovered seed echinacea dating from the seventeenth century. The European settlers adopted the medicinal uses that Native Americans were echinacea and by 1800, both supporters of eclectic medicine (nineteenth century to the early twentieth century) than conventional physicians used the Echinacea in their clinical practice.

From 1916 to 1950, echinacea was listed as pharmaceutical ingredients National Formulary United States. Subsequently, the plant has fallen into disuse due to the arrival on the market of synthetic antibiotics we started to use heavily to treat infections once treated with echinacea. But the German doctors who discovered the plant in 1920, continue to use it in their clinical practice.

In 1938, the German physician Gerhard Madaus began the first series of scientific studies on echinacea. Ironically, it is Germany that will be the bulk of scientific research on this plant of American origin. She also became so popular that supplies from the United States ran out and Madaus decided to implement it in Europe by making it grow large scale.

In North America, interest in the plant is experiencing a resurgence since the discovery of the disturbing phenomenon of the development of resistance of microorganisms to antibiotics.

- The root is fusiform
- Whole leaves lanceolate
- Terminals large heads are made of tubular yellow flowers and purple together into a ball, and drooping ray flowers, usually roses making it look like a daisy (it's a Made). 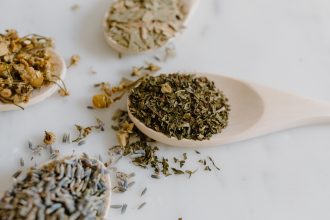 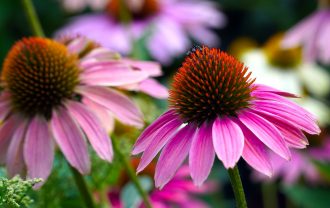 The therapeutic powers of Echinacea root

Like any solar plant , echinacea offers medical matter its flower head, the culmination of this plant, but also what is diametrically opposed to it, namely, a ruffled root strain. Although arriving late in Europe (1930s), echinacea, the study of which began after World War II, particularly in Germany, have since revealed some of their secrets . A little history Since the end of the 19th century, echinacea harvests in nature have been established, and have multiplied to such an extent that at the beginning of the 20th century, botanists sounded the alarm . Suffice to say, that these were wild harvests not taking into account the reproductive cycles of plants, while samples were taken in...