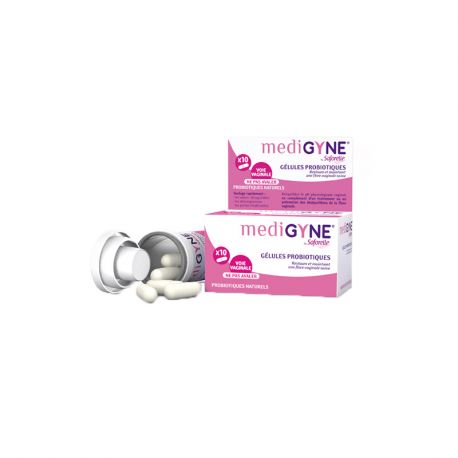 The MediGYNE probiotic vaginal capsules to naturally restore and maintain the vaginal flora . Quickly relieves itching and unusual discharge. Use in prevention of vaginal yeast infection.

Probiotic capsules to restore and maintain the vaginal flora. Quickly relieves itching and unusual discharge. Use in prevention of vaginal yeast infection.

From birth, the vagina is colonized by a natural bacterial flora . This strongly resembles the flora of an adult woman, due to maternal hormones which persist for a few weeks in the child's body. Then, when these hormones disappear, the vaginal flora of the girl is made up of digestive and skin germs until puberty.

With the appearance of estrogen during puberty, vaginal secretions increase. The flora of the young file is gradually transformed to become that of an adult woman. A woman's vaginal flora is made up mainly of a bacteria called Döderlein's bacillus or lactobacillus . We can count up to 10 million per ml. Lactobacilli belong to the same family as the bacteria used in the manufacture of yogurts. They naturally protect the vagina .

The probiotic capsules are taken vaginally . They make it possible to rebalance the physiological vaginal pH, in addition to a treatment or in prevention of imbalances of the vaginal flora.

Directions for use of Vaginal Probiotic Capsules

Outside of your period, to prevent yeast infection for example, place a Medigyne capsule deep in the vagina every day at bedtime for 8 to 10 days. If necessary, it is possible to prolong the use of Médigyne. Without hormones, it is suitable for pregnant women.

Some infections such as yeast infection can occur after antibiotic treatment. These drugs do not distinguish between " bad " and " good " bacteria in the vaginal flora. Some women, more sensitive than others, therefore contract vaginal infections as a result of such treatment. If this is the case, be sure to report it to your doctor. He will then be able to adapt his medication prescription to your situation.

Food supplements should be used as part of a healthy lifestyle and not be
used as substitutes for a varied and balanced diet.

Ask your pharmacist or doctor for advice.

Our expert pharmacy advice for Medigyne by Saforelle probiotic capsules

If one wants to accurately identify the germs that are involved and find the best treatment, consultation with your doctor or gynecologist, and a vaginal swab is essential.

- The eggs are sufficient if it is a simple yeast infection. Six out of ten times, it is a fungus called "pure": flora home indeed too many mushrooms, but only Candida albicans. Applying cream and antifungals ovules (lomexin) at bedtime, for one to three days will help to remedy.

- Probiotics can be taken in addition if other microorganisms. Four out of ten times, there are other microorganisms associated with Candida albicans. To deal with these mixed fungal infections, antifungal topical are necessary but not sufficient. We must add to them taking probiotics (Physioflor). As they are already present naturally in the vagina, supplementation will help restore a good bacterial balance.

- The pads impregnated with probiotics also deal, they both act as periodic protection and prevention of genital mycosis treatment. 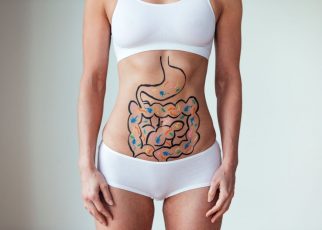 Probiotics, essential to your health for your well-being

Probiotics are living microorganisms that have been shown to benefit the health of the host when given in adequate doses. Lactobacillus and Bifidobacterium species are most commonly used as probiotics. The yeast Saccharomyces boulardii as well as some species of E. coli and Bacillus are also used. Among the newcomers, we can also count Clostridium butyricum, recently authorized as a novel food by the European Union. A little history : Over a century ago, Elie Metchnikoff (professor at the Institut Pasteur) observed health benefits from bacteria that produce lactic acid. These benefits actually lead to greater longevity. Suggesting that “intestinal auto intoxication” and the resulting...