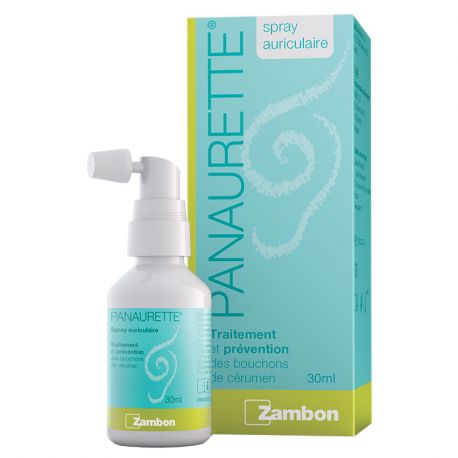 Earwax is a substance secreted by the body to protect the ear canal . Under certain circumstances, it can build up abnormally in the ear and lead to the formation of a plug of earwax. Several means can be used to prevent or eliminate earwax plugs. On the other hand, certain devices, such as cotton swabs, should especially not be used, because they can promote the formation of a plug of earwax.

Easy to use Clinically tested Without preservatives

1 to 2 sprays per ear 3 times a day until the earwax dissolves. To prevent earwax from forming in the ears, spray once or twice in each ear once a day. Can be used in infants over 3 months, children and adults.

Another simple method can sometimes be enough to remove a plug of earwax . For this, you must gently massage the outside of the ear by making circular movements, in this way, the plug will soften; this can make it easier to get out. Once the circular movements are finished, pull your ear slightly backwards, from the lobe to the upper part of the pavilion. This massage will be particularly effective if it completes a treatment with a panaurette.

Precaution for use of Auricular Spray Panaurette

This medical device facilitates the elimination of excess cerumen in the ear canal. It is a spray solution with double action for washing and dissolving, which prevents the formation of earwax plug in the ears.