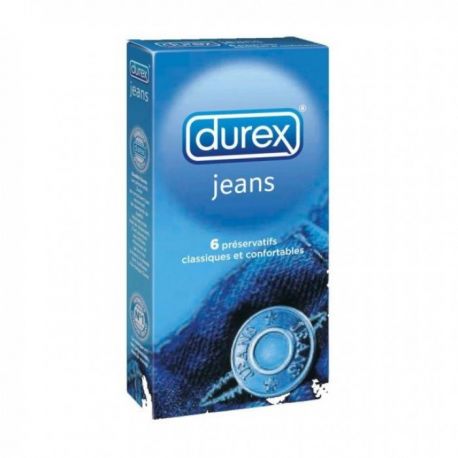 Durex Jeans give you all the protection you want in your relationships.

These condoms are easy-on: a unique contoured shape to unwind and implement the condom easily with a fresh and light lubricant that masks the smell of latex.

Directions for use condoms Durex Jeans

1. Either partner can put the condom on the erect penis during foreplay. Avoid contact between the penis and the partner's body before the establishment of condoms to prevent pregnancy and transmission of sexually transmitted infections.

2. Ensure that the game is to roll out. If it is inside, the condom is in reverse. Ensure grasp carefully between fingers up condom (reservoir) to expel the air, the air remained inside may cause it to break.

3. always maintaining the tank between the fingers, place the condom on the tip of the penis and use the other hand to continue to completely unroll the condom over the penis. During the report, if the condom begins to curl on itself, back into place immediately drop it again before continuing intercourse. If the condom comes off completely, put a new front to continue the sexual relationship.

4. Withdraw immediately after ejaculation and before the end of erection, while firmly holding the condom at the base sex. Expect to have completely withdrawn before removing the condom. even taken to avoid contact of the penis and used condom with the partner's body. Throw the condom hygienically: roll it in a paper and put it in the trash. Do not flush the toilet.