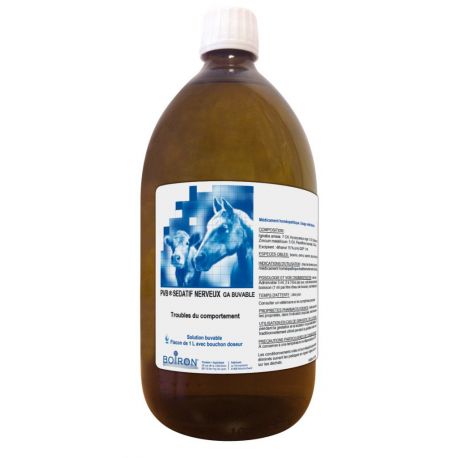 It can be used for example during transport can be proved stressful or from a mare coming to put down and showing signs of aggression toward her foal ...

Administer 5 ml, 2 to 3 times per day, or directly into the mouth of the animal, or diluted in the drinking water (1 ml per liter of drinking water) or mixed with food.