The Ceylon cinnamon bark has a molecular profile very similar to that of China: their pharmacological actions are too similar, which is why one and the other are included, even today, in the European Pharmacopoeia as they were already referenced in the first Chinese pharmacopoeia 2500 years before our era!

The essential oil of cinnamon has antibacterial properties at very wide spectrum of action (it eliminates 98% of gram + and gram germs). It is antiviral, antifungal, antiparasitic and anti-fermentation. It is also a respiratory stimulant.

Notes on the essential oil of Ceylon cinnamon

We nicknamed it "Athila" because this is a very powerful essential oil that destroys and inhibits the growth of many germs and bacteria.

In case of intestinal infection; dilute the essential oil of Ceylon cinnamon to 20% in vegetable oil Nigel. Apply this mixture to massage the abdomen (action on the intestine, antispasmodic)

Directions for use / precautions of essential oil

- May cause cardiac arrhythmias

- Use low-dose and short-term (risk of gastritis)

- Not advised for pregnant or lactating women

- Not for distribution, do not inhale, do not put in the bath

- When taken orally, associated with probiotics as toxic to the liver

- Not recommended orally without the advice of a health professional

Phytosun arôms has been developing HEBBD Quality Essential Oils, Vegetable Oils and Aromatic Hydrolates for more than 20 years. This guarantee of quality and safety, recognized by pharmacists and doctors, positions Phytosun arôms as a leader in the sector.

PHYTOSUN arôms undertakes to comply with the HEBBD (Botanically and Biochemically Modified Essential Oil), French and / or European Pharmacopoeia and internal standards requirements .

Respect the precautions for use specific to each Essential Oil, appearing on the packaging or present on the detailed pages of the site.

If you have any questions, ask your pharmacist for advice. 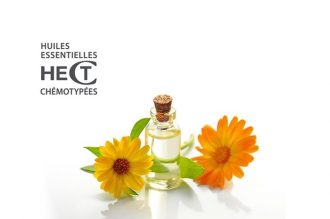 What is an essential oil "chemotyped" HECT in Aromatherapy?

What is a « chemotyped » essential oil or HECT in Aromatherapy? It is essential to know the concept of « chemotype » also called chemotype, defined biochemical race, as soon as we approach aromatherapy. This precision given to the essential oil makes it possible to define the biochemically active molecule (s) on a certain number of clinically studied pathologies. Recognized internationally and widely used in scientific and academic publications, the precision of the chemotype of an essential oil, associated with the Latin scientific name, allows the perfect understanding of the mode of action of essential oils which will lead to the use of a therapeutic, aromatherapy, natural, powerful...