The Cranberry is a small red berry that grows in the marshy soils of "New England" and in the north of the East Coast of the United States.

The Amerindians called it "Imbi" or "Atoka" and used it for its therapeutic virtues. In 1923, American doctors were already using Cranberry in recurrence of urinary tract infections.

The standardized extract of cranberry present in this food supplement contains proanthocyanidins (PACs) which are compounds with indirect action, because they inhibit the ability of pathogens to adhere to and proliferate in intestinal epithelial cells. The possibility of microbes residing in the intestine migrating into the urogenital system is then reduced, thus making it possible to “mechanically” prevent all future recurrences.

Cranberries contain:
Hippuric Acid, and Proanthocyanidins.
These 2 acids change the chemical composition of urine which prevents bacteria, especially Escherichia Coli, from adhering to the walls of the urinary tract.

Arkogélules Cranberry allow to reduce the recurrence of urinary infections without using antibiotics and their side effects.

During meals, take 1 capsule morning and evening with a large glass of water and drink, at the same time, during the day at least 1 liter and a half of water.

We advise you to complete your cure, to alternate with food supplements Cys-Control Flash 5 days program intended to fight against intense urinary discomfort . You can also follow a natural treatment against cystitis such as DUAB NUTRIVERCELL CYSTITES GELULES combining propolis and cranberry for an action on discomfort and urinary tract infections .

Finally, you can opt for Pileje Feminabiane CBU Flash food supplement based on extracts of piloselle, cranberry (cranberry) and orthosiphon, prevention and rapid treatment of cystitis (urinary tract infections).

Tips to fight against cystitis

Embarrassing, urinary tract infections or cystitis mainly affect women and can quickly become unbearable. However, simple advice is enough to protect against these urinary disorders.

If you suffer from repeated urinary tract infections, it is important to urinate frequently to avoid cystitis (about once every 3 to 4 hours). Also remember to relax as much as possible in order to empty the bladder and thus allow the elimination of toxins and bacteria .

Have good intimate hygiene to prevent the development of bacteria. However, you must be vigilant and do not wash more than once a day with a specific product with an acidic pH (5 to 7), at the risk of damaging the intimate flora and creating a favorable ground for training bacteria.

Cranberries or cranberries are very effective in preventing recurrent cystitis. Its flavonoid content prevents E. Coli bacteria from attaching to the walls of the urinary tract, causing infections.

Drinking lots of water helps prevent recurrent cystitis and stop a urinary tract infection that you already have. You can also turn to herbal teas, such as melaleuca or nettle, which are known to be diuretics. The main thing is to eliminate bacteria by emptying the bladder as often as possible.

Constipation increases your chances of getting a urinary tract infection. Stagnant stool tends to promote the growth of bacteria that migrate to the urinary walls and create infections. Simple advice can fight against constipation: eat more fiber, drink 1.5 liters of water per day, massage your stomach. 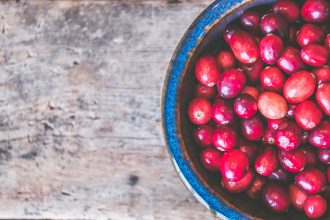 Cranberry, its therapeutic use in its urinary indications

First used by the Amerindians of North America for food and therapeutic purposes (to disinfect the urinary tract), the cranberry was then discovered by Europeans, who first used it on board ships that crossed the Atlantic to fight against scurvy , due to its high vitamin C content . A little history As early as the middle of the 19th century, German doctors helped spread their medicinal use around the world to prevent and treat urinary tract infections . From 1920, the use of cranberry juice in the treatment of urinary tract infections became widespread. Abandoned after the Second World War, with the appearance of synthetic antibiotics, this use gradually became relevant again in the...